Last week Monday Don N4DJ and Kerry NH2A had breakfast at Honey Butter’s Kitchen in Norge to talk about their old radios. By the time they were pulling out their wallets to pay they had decided to have breakfast again next week. This morning was the second breakfast attended by seven members; Don and Kerry, Dave N4MW, Cissy N4ZRW, Dino KL0S, Dave AJ4XV, and Ed K1NUH. For many of the attendees the breakfast was reminiscent of the old Thursday breakfasts from a few years ago. It was decided that this breakfast will be referred to as the Boat Anchor Breakfast, or simply BAB. As is usually the case at any of the club’s eating engagements, conversations covered a wide spectrum of topics and stories, including old radios and tubes.

Please drop in for breakfast on Monday mornings at 08:30 at Honey Butter’s Kitchen (the old Candle Factory restaurant), 7521 Richmond Road in Norge. 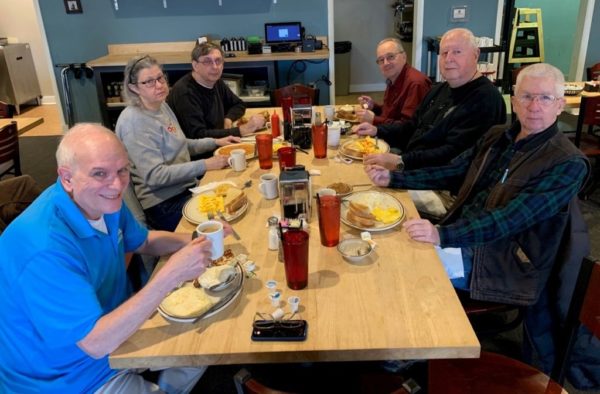